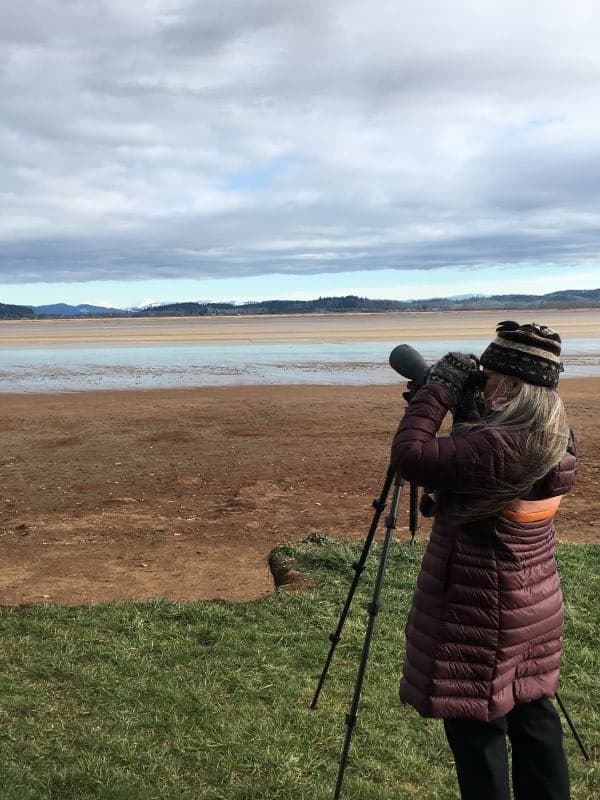 The 80th Eugene Christmas Bird Count (ECBC) was held on Sunday, January 2, 2022.  The weather was good, considering it was the first week of January, and we were rewarded with finding 137 species.  This is the second highest total of species recorded for our Count, tied with the same number in 2007.  Our record is 140 species seen in 2005. 60,587 birds were seen which is the lowest number seen in the past two decades.  It is a low number, but still a lot of birds.

To see the total list of species counted and the Home Count tally, check out the buttons on the Christmas Bird Count page.

We had teams in our usual 27 Areas inside our Count Circle, each led by an expert birder.  There were 164 Field Observers on these teams which is a new record for our Count.  The previous high was 162 set last year.  These Field Observers spent 278 hours looking for birds while walking 170 miles, driving 495 miles and bicycling 10 miles.

There were also 100 Home Counters who spent 300 hours looking for birds in their yards.  They identified 67 species and recorded 3,829 individual birds.  Marcia Maffei was the Home Counter Coordinator again this year.  As usual, she did a great job organizing the Home Counters and her report will be available soon.

We also set a new record for number of total ECBC participants.  With 164 Field Observers and 100 Home Counters, a new total of 264 total participants beat the old record of 262 set last year.

Due to Covid restrictions, for the second year, we could not have our traditional Chili Feed Countdown at the end of the day.  We did have a Zoom Countdown viewed by approximately 75 people.  I really hope we can have the Chili Feed Countdown next year as it is fun event attended by over 100 birders.

In recognition of the 80th ECBC, each participant received a special patch for their efforts. 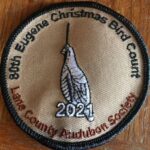 One of the main reasons the ECBC is so popular and so successful is because of the efforts of the Team Leaders listed below.  They assemble their teams well before Count Day, guide them through the day and then report the results.

Speaking of great efforts, last year our Count was the 7th largest in number of participants of the 2,459 CBC’s in North America and Central America.  That is quite remarkable for a little town in Oregon!

I am very pleased that we conducted a safe and very successful 80th ECBC.  Thank you to all of you who participated.  It was fun!

Our First Saturday Bird Walks, created in celebration of the Lane Audubon Inclusivity and Diversity…

Revised Checklist available for download. Our 81st Eugene Christmas Bird Count will be on Sunday,…