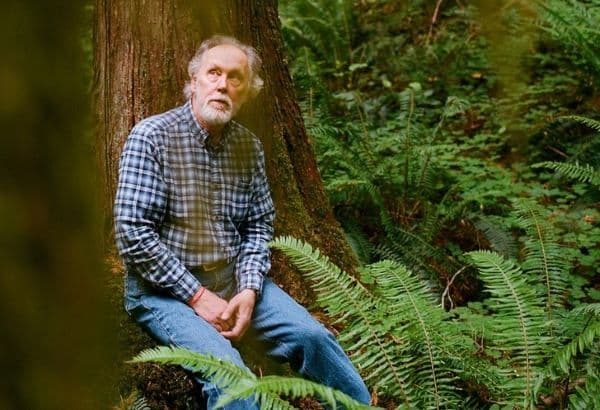 I would like to acknowledge the passing of Barry Lopez, the well-known author who lived along McKenzie River for decades. I began reading his work in the 1970s and continued to buy his books as new ones were released. I still have some of those old books on my shelves, having boxed and moved them with me several times. I have given his books as gifts and feel that his words help open a person’s mind to the possibilities of imagination.

After my mother began losing her vision, I read one of his short stories into a tape recorder, so she could enjoy listening to it. Barry Lopez’ Of Wolves and Men and Arctic Dreams are non-fiction, based on field studies and exploration he was involved with. Both books are a result of his search to understand the interface of nature and humanity, and the interdependence of humanness and the earth’s places where we live and that we cherish. His short stories explore the range of human experience in relation to nature. He finds creases in the normal perceptions of a world view to push into a realm of mystery and imagination. Lopez’ words can transport us with evocative visual imagery that leaves an afterglow of an unexpected new experience. We come away, wanting more! We are lucky to have had such a talented, true friend of the environment in our midst. 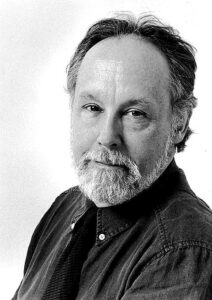 I asked a few friends to share their thoughts about Barry Lopez’ works and their experiences with him.

Ron Renchler wrote that Field Notes: The Grace Note of the Canyon Wren (1994) is one of Lopez’ several works of fiction. A collection of 12 short stories, the book is brief, and most stories are lightly intertwined. One of their overarching themes is the connection between humans and nature, including the mysteries that result when the two are in tension. Stylistically, references to birds figure prominently in many stories, just as they do in the subtitles of two other works he wrote that make up a trilogy of sorts: Desert Notes: Reflections in the Eye of a Raven (1976), and River Notes: The Dance of Herons (1979).

Alan Contreras shared this story about Barry Lopez: “Barry made me a genius. I first met him when I was eighteen, give or take. I had invited him to speak about wolves at the Eugene Natural History Society around 1975. I was the president that year and someone had recommended him as a speaker. He showed up with NO SLIDES. No pictures at all. I did not know that until he got there. The whole audience stared at me as though I’d gone crazy. I sat down prepared for disaster. Barry began to speak. And that’s all it took. An hour later the audience was on its feet in astonished admiration and I was a genius for fifteen minutes.

Barry’s passing feels like the disappearance of an entire genus of sensory organs from our world. Like Ursula K. Le Guin, he built his own kind of vision where there had been none—an expansion of what is possible in seeing and writing. Yes, a writer, but much more. We got so much in the way of unearned pleasure from his writings. They all felt like gifts prepared just for us. Run free, Barry.”

Louise Shimmel of Cascades Raptor Center offered this remembrance when asked about his writings:

“I never made it through Arctic Dreams, but did love Of Wolves & Men, and I like his short stories a lot. Some of the essays he’s written in magazines like Orion are also memorable. 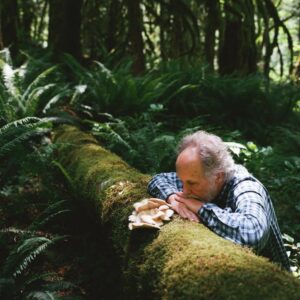 Oddly enough, one of my favorites is Crow and Weasel, and this quote is particularly fitting, I think, as part of a farewell to Barry:

“Remember on this one thing, said Badger. The stories people tell have a way of taking care of them. If stories come to you, care for them. And learn to give them away where they are needed. Sometimes a person needs a story more than food to stay alive. That is why we put these stories in each other’s memories. This is how people care for themselves.” —Barry Lopez, Crow and Weasel

I love that book and its illustrations; I remember Barry telling me that someone had asked him why Badger was the only character who was not clothed. And he showed me a framed piece of artwork that the artist had done for him, after the book’s publication, of Badger in clothes.

Barry was one of our Cascades Raptor Center transport volunteers for many years – basically since he brought me an injured Saw-whet Owl when I was still in my old duplex. He would answer his phone for me even if he was out of town on a speaking engagement or traveling. He was excited to tell me once that his Toyota 4-Runner had passed 300,000 miles … and he would give me considered opinions/advice about the facility and what we were doing. He even helped me rewrite our mission statement. He once climbed down into a container at a transfer station to rescue a raven and once transported a skunky Great Horned Owl!

Barry gave the keynote speech at our annual benefit a few years ago. He spoke about caring about nature and acting on that caring. I will miss him a lot!”

A thoughtful, loving obituary written by Bob Shacochis of Outside magazinecan be found at this link:
outsideonline.com/2420105/barry-lopez-obituary

Argentina: From the Chaco to Tierra del Fuego–SWOC Program

“Argentina: From the Chaco to Tierra del Fuego” is the title of February’s Eugene Birders’…

A Confluence of Interests: Nature and People in the 21st Century Joe Moll will present…