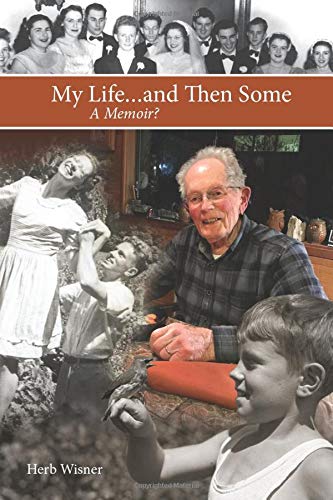 Herb Wisner passed away on February 20th, 2022, just short of his 100th birthday. The following article was published prior to his passing. 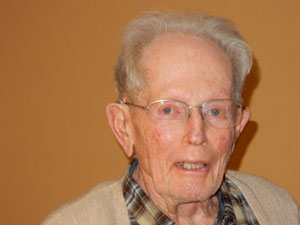 You can join Herb’s 100th birthday celebration, by mailing cards/letters to this address:

Herb Wisner, 2965 Olive Street Eugene, Oregon 97405, or email his daughter Linda at lindawisner182@gmail.com by March 20th. Linda will share the greetings with him at their family gathering.

In his current home at Fox Hollow Residential Care Community, he still enjoys watching birds through a window. If you want to know more about his bird- and nature-rich life, his autobiography, My Life and Then Some, is available on Amazon: amazon.com/My-Life-Then-Some-Memoir/dp/1734388838.

If you’re new to our organization, and wondering why Herb is so significant to Lane County Audubon Society, read on. The following information is excerpted, paraphrased, and updated from Maeve Sowle’s President’s Page in The Quail, March of 2016 edition, which can be read in its entirety on the LCAS website.

Herb Wisner has volunteered and been on the Board of Lane County Audubon for decades. He still maintains his Board position (emeritus). In 2014 he asked to give up the Program Chair, but continued to help find speakers for years. 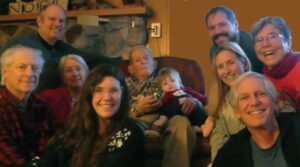 His untiring efforts on behalf of Audubon span his lifetime. Herb’s father and uncle were naturalists and fostered his interest in the study of nature while he was growing up in New York State. Birds were a big passion. As a young man he worked at the National Audubon Hog Island Nature Camp in Maine. Herb and his wife, Ruth, came to Eugene in 1966, where he was a UO biology lecturer for much of his career. I have been told his fun and exciting classes and field trips inspired many students to pursue more biology courses. When he took students on camping trips in the mountains so they could awaken to the dawn chorus of forest birds, his enthusiasm and interest in birds sparked their desire to know much more.

Dan Gleason said, “After just a few trips with him, I was hooked.” His energy level is understandably lower at 99, but throughout most of his life, Herb’s interest in the natural world and appetite for learning were difficult to keep up with. He was continuously learning. He exercised regularly and enjoyed working in his garden. For many years, he organized the LCAS Home Counters for the Eugene Christmas Bird Count each winter. Concurrently, he was active with the Eugene Natural History Society, for which he was treasurer.

Herb has created a legacy of work inspiring others to learn about and respect the wonders of the natural world. “He possesses a lifelong deep curiosity of the natural world,” said Herb’s son, Darryl. “He instilled that trait in his family, his students, and most likely anyone who has ever known him.” His children are another legacy, as they continue to dedicate time and energy to LCAS.

“I’ve worked with Herb for decades now, and the one thing that always strikes me is his unending good humor and wit. He invariably makes us laugh and guides us to strive to learn more. Herb’s fascination by all aspects of nature is an inspiration. Thank you, Herb, for your long-term and continuing work on behalf of Lane County Audubon!” wrote Maeve Sowles.