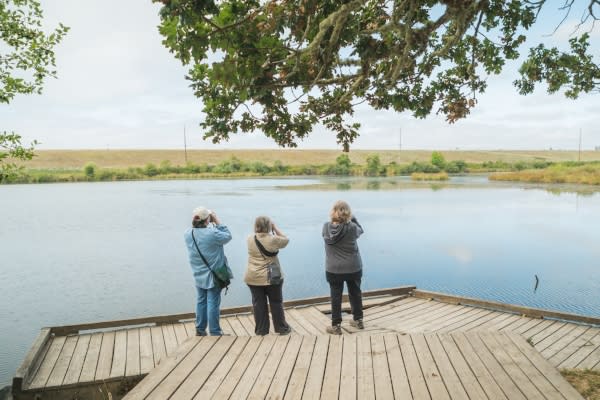 Some popular birding areas such as Fern Ridge allow hunting in autumn. For information on area regulations at Fern Ridge (for instance, which areas are open to hunting and when), see: eregulations.com/oregon/hunting/game-bird/state-wildlife-area-regulations.

Poaching and illegal hunting harm wildlife populations and steal natural resources from all Oregonians. The “Stop Poaching” campaign brings together ODFW, Oregon State Police (OSP) Fish and Wildlife Division, plus hunting, fishing and conservation groups, and others to combat the lawless taking of fish, wildlife and birds, and the destruction of fish and wildlife habitat. OSP Troopers rely on the public to report poaching and other suspicious activity. Suspicious activity includes killing birds other than waterfowl or upland game birds, especially birds of prey and most songbirds.

If you suspect poaching, or see something suspicious, call the Turn in Poachers (TiP) Line at 800.452.7888. Or by email TIP@osp.oregon.gov.