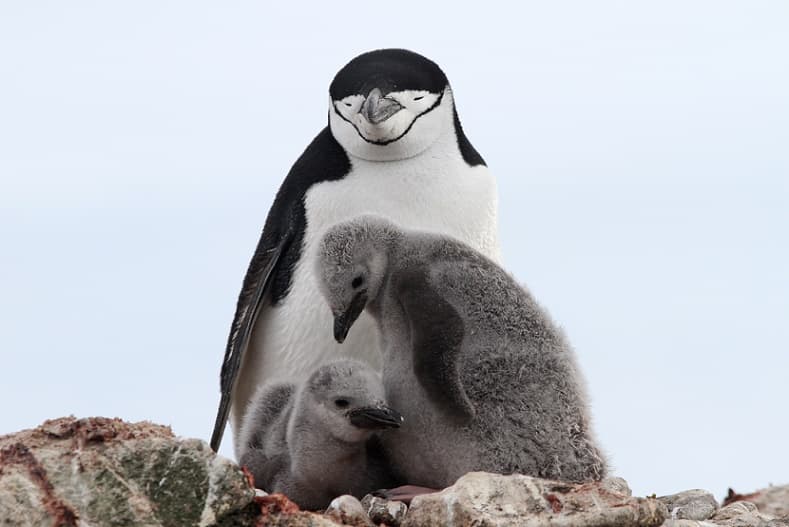 Antarctica’s windswept Elephant Island may be best known as the bleak refuge of British explorer Ernest Shackleton and his crew after they lost their ship Endurance in 1916. Today, the island is a stronghold for thousands of nesting Chinstrap Penguins. To find out how these penguins are faring, Noah Strycker traveled to the island in 2021 with a team of Stony Brook University researchers on the Greenpeace ship Esperanza. 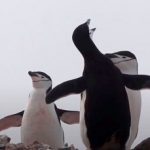 Their mission was to count the penguins breeding there—a feat that had been done only once before, 50 years earlier by a British Joint Services expedition. Noah will recount the adventures of life on the Southern Ocean—and follow the changing fortunes of the Chinstrap Penguins of Elephant Island. This presentation will give you an uncommon view of what he terms “the most charming penguin in the Antarctic.” 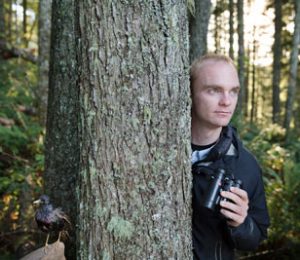 Noah grew up near Eugene and began his acclaimed birding career here. His name and accomplishments are now familiar to birders worldwide. He is associate editor of Birding magazine and a recent master’s graduate in Marine Sciences from Stony Brook University. He frequently contributes to birding publications, and has authored five books—including Birding Without Borders, chronicling his 2015 record-breaking World Big Year. (Traveling to 41 countries on all seven continents, he found 6,042 species!) Between writing, birding, and research adventures, Noah has guided more than 50 expeditions to Antarctica and the Arctic, spreading the joy of birds from pole to pole. He has also worked on field research projects in Amazonian Ecuador, Costa Rica, Panama, the Australian Kimberley, the Farallon Islands, Hawaii, Michigan, Florida, and Maine. In the summer of 2011, Noah hiked the entire 2,665-mile Pacific Crest Trail from Mexico to Canada, averaging about 22 miles per day for four months!

Tuesday, September 28, 7:00 pm. Meeting may be both in-person and Zoom. Location TBD. CDC and local guidelines will be followed. Check the LCAS website and LCAS Facebook page for up-to-date information.

This program is available for viewing on YouTube. Bill Sullivan, Oregon’s hiking guru, will take…