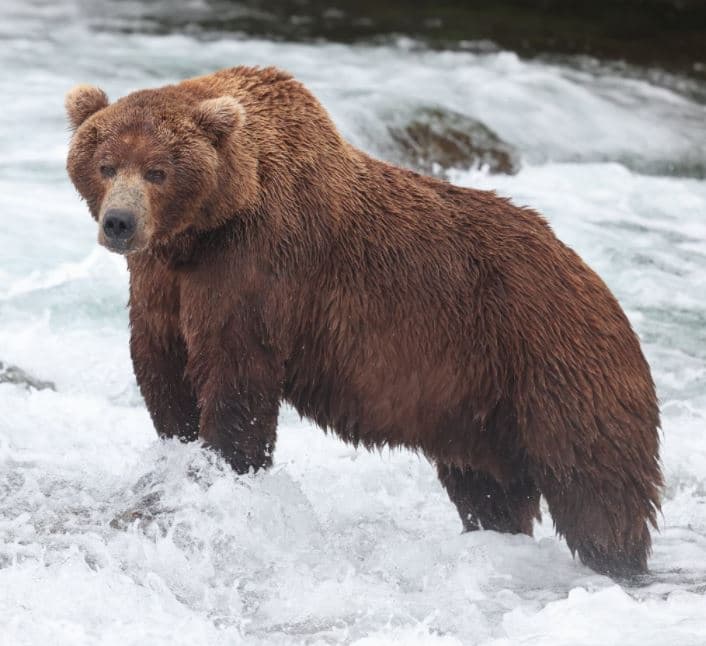 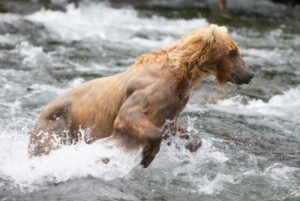 All you need for a great wildlife adventure: a congregation of hungry brown bears. At Katmai Park and Preserve’s famous Brooks Camp, bears gather in summer to feast on an abundance of spawning salmon. But what happens if the fish don’t show up? 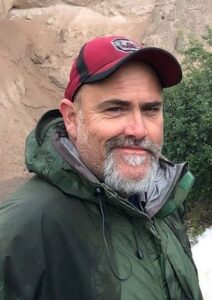 For over 20 field seasons, Ram Papish worked as a wildlife biologist studying birds and other wildlife, primarily in Alaska. His illustrations appear in many books and publications. Ram regularly presents on science and nature topics at bird festivals, local bird clubs, and in public schools. He combines his background in art, science and public speaking to engage and educate the public on environmental topics.

Ram grew up in Eugene and now lives in Toledo, Oregon, on six wooded acres with his fabulous wife Dawn Harris, eight bird feeders, eighteen nest boxes, eighteen chickens, eighteen rescued parrots, and one Chia pet. Since 2009, he has concentrated on pursuing a career as a wildlife illustrator. 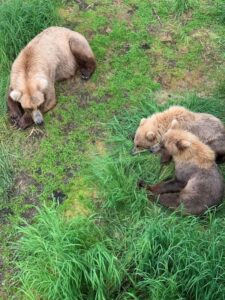 Please add your name to comments on the Forest Service’s plans to log almost 8,000…

Recent Posts
Help us continue our educational programs and our work in protecting birds, other wildlife, and their habitat in Lane County by becoming a member, or donating today.
Become a Member!
Copyright 2021 © Lane County Audubon Society | Website developed by Partnered Solutions IT | Designed by Ruby Porter Marketing & Design