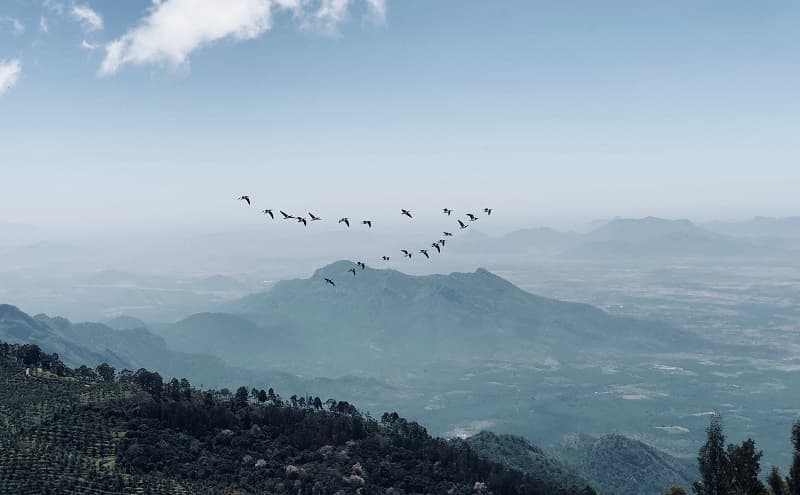 Conserving biodiversity is a big challenge, but there is much we can do. Populations suffer from habitat loss and fragmentation, the wildlife trade, invasive species, and disease. These are exacerbated by climate change, as animals shift range, search for food, and crowd into smaller habitats. And all of these factors work together to stress populations, increase the chances of human encroachment into wildlife habitat, and provide the fuel for the next pandemic.

A concerted effort on the part of people cooperating to enact solutions is long overdue. But is cooperation possible? These are stressful times—the pandemic, the economy, politics, wildfires, and the state of the environment—just to name a few things. During times of stress, it’s easy for people to be less tolerant and less cooperative, for us to withdraw or just not want to bother. But we would do well in these difficult times to draw on the better aspects of human nature, our capacity to be generous, compassionate, and cooperative.

These traits are not unique to humans. They are part of our deep evolutionary history and we may benefit from the recognition that we share this evolutionary history (and this planet) with other animals who, like us, exhibit both conflict and cooperation. Much of the research on cooperative behavior has been done with primates (our closest relatives) and other mammals, but there is plenty of evidence that birds cooperate for such activities as breeding, chasing off predators, finding food, flocking, mutual preening, and more. I am always energized by the fun things we learn about animals and humbled to know we have so much in common. I can’t resist sharing a few summaries of research that provides evidence of cooperation in birds.

When flying in flocks, especially during migration, whoever is out in front expends the most energy while those who travel in the wake of others conserve energy. Do the trailing birds take advantage or cooperate? Researchers placed GPS monitors on a flock of 14 migrating juvenile bald ibises. The results: the ibises took turns leading and following with each bird getting a chance to fly in another’s wake, and all taking their turn working hard as leader.

A study on flycatchers demonstrated that social animals practice a tit-for-tat approach. Pied Flycatchers cooperate with one another to chase away predators: you come to my aid when I call for help and I’ll come to yours. But if you don’t help me, I won’t help you. In one round of the experiment, the researchers prevented some birds from responding to the help call. Next round: flycatchers did not cooperate in mobbing if the help call came from an individual who had not previously helped them. But they did help when the call was uttered by cooperative birds.

In a recent study examining prosocial behavior in parrots, study subjects had access to tokens that they could give to their neighbor, who could then use them to trade for food from researchers. The subjects themselves got no tangible reward for sharing the token. African Grey Parrots voluntarily and spontaneously transferred tokens to their study partners.

In an experiment with groups of Azure-winged Magpies, one individual at a time was given a large amount of mealworms, considered a yummy delicacy. Most of the birds shared the treat through a wire-mesh with their neighbors, and were even more inclined to share when their neighbor had nothing.

Similar to many birds, Eurasian Jays bring gifts of food to their mates. A study demonstrated that the birds may exhibit an understanding of the feelings and desires of others, often defined as “empathy.” In the experiment, the male could choose which kind of treat to bring to his mate. He could also see if one of these types of food was already available to the female. Males would choose whichever kind of treat was not available to the female, the ones she most desired. It is notable that he made his choice based on what the female would prefer, not on what he himself might prefer.

Pinyon Jays and other birds produce mesotocin, a hormone. In one experiment, the jay subjects were given food while their neighbors were not. When the hormone was administered to some of the birds, they were more generous in sharing their food than were the birds who did not receive the hormone. The same has been shown in several types of animals (including humans) when administered a dose of the mammalian equivalent, oxytocin, dubbed the “love” hormone or “trust” hormone. Studies like these provide evidence for a biological basis underlying acts of generosity, sharing, and caring.

And a word of caution: Zebra Finch couples typically cooperate and share food, but when stress levels are experimentally raised, sharing decreases 15 percent. Perhaps, armed with this knowledge, we can work harder to compensate for the effects of stress in our own lives, and in so doing, allow our better natures to help both ourselves and the animals with whom we share the planet.